There are a lot of people out there that say that Kim Kardashian had it all easy. They assume that she’s a multi-millionaire because her family are rich, but that isn’t true. She’s actually a successful businesswoman and even though she came from a privileged background, that doesn’t mean that she hasn’t put the work in.

SEO agencies are underestimated in the same way because people think that we just throw a few keywords in a post and that’s it. But when you start delving into the world of SEO, you’ll realize that there’s a lot more to it and SEO agencies work incredibly hard to get your website to the top of the search rankings.

A Lot Of People Don’t Know What She Does

If you ask somebody that isn’t a fan, they’ll probably tell you that Kim Kardashian is famous for…something. Posting on social media, maybe? Was she famous before she did that reality show with the other ones who are famous for no reason? Actually, Kim K makes her money from her businesses, as well as some modelling and appearing on a TV show.

Just like Kim K, people know that SEO agencies are important, but they don’t really know why or what for because they don’t understand what goes into SEO. But that’s exactly why you need an SEO agency in the first place because we understand the ins and outs of SEO.

She Knows How To Diversify

Even though a lot of people think that she doesn’t do much at all, Kim K knows how to diversify. She has a fashion brand, she does some modelling, she’s a social media influencer, and she’s even done some acting in the past. She knows that she can’t rely on one single strategy to retain her success and the best way to make it to the top is to diversify.

SEO agencies also understand the importance of diversifying and using a range of different strategies to increase your rankings. You won’t get very far if you put all of your SEO eggs in one basket. 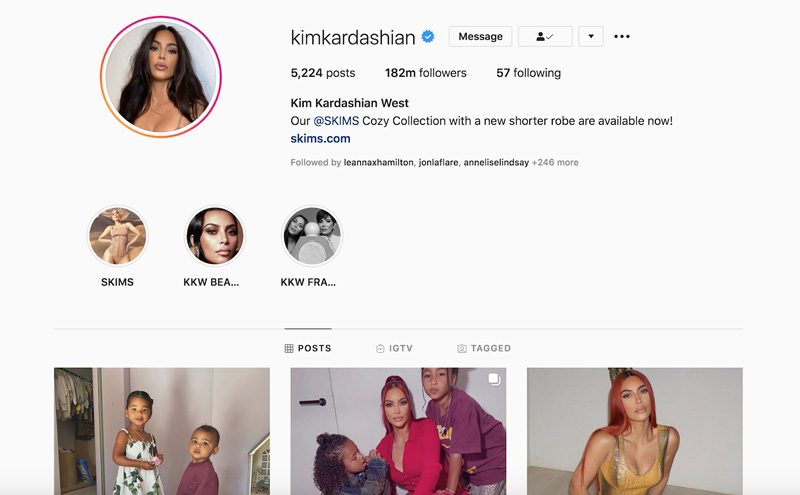 Kim K can easily get millions of likes on a single social media post, which is probably why she loves it so much. She gets how important it is when selling her brand, just like SEO agencies understand the importance of social media when trying to improve your search rankings. SEO agencies might not be able to get you the same social media following that Kim K has, but they can help you leverage your social media to generate a lot of traffic.

She Picks The Right Partners

Say what you like about Kanye West, you can’t deny that marrying him helped to boost Kim Kardashian’s profile and keep her in the headlines. Before she was with Kanye, she was married to famous basketball players and she’s been hanging around with Paris Hilton for years.

SEO agencies also understand how important it is for businesses to partner with the right SEO experts if they want to get ahead.

She Understands The Importance Of Branding

Kim K isn’t just a person, she’s a brand. Her fans are not casual fans, they’re completely obsessed with everything that she does, and that’s because she is so good at building a strong brand. Everything that she posts online, all of her businesses, her reality show and her media appearances all feed into that same brand.

SEO agencies get the importance of branding as well, and even though your business brand is wildly different to Kim K’s, the right agency can help you build it and use it to generate more organic traffic.

People Try To Copy Her… And Fail

So many people out there are trying to become the new Kim K by building a social media following and starting their own fashion brand, but 99% of them never make it anywhere. You might think it’s easy being Kim Kardashian, but it’s not.

People make the same mistake when it comes to SEO. They think that they can just do everything that an SEO agency does on their own, but it’s just not going to happen. Keeping up with all of the algorithms that govern search engine rankings and coming up with a strategy to improve your rankings is no easy feat. It’s not something that just anybody can do, you need an expert SEO agency if you want to get it right.

The post 7 Things Kim Kardashian Has in Common With An SEO Agency appeared first on Whitehat Agency.