Practically every Marketing department uses Video to deliver the brand message. But are your Videos performing? Are they optimized for engagement, sharing, and conversion? It’s easy to create Video content these days. Anyone can do it with a smartphone and an editing suite like Final Cut Pro, Adobe Premiere, or the plethora of iOS and Android video editors designed for editing on the fly.

But: Is your content really delivering the message? Is it showing your brand in the best possible light? Are you optimizing format, content, and form for social platforms and mobile devices?

In this article, we’re going to look at ways of creating commercial videography that drives your brand: the do’s and don’ts, the tips and tricks, and the how-tos. We’ll show you how to optimize your Video for social platforms to create quality content that will serve your brand, rather than hamper it.

The Value of Vertical Video

Maybe it goes against conventional wisdom, but vertical video works better on social platforms. When we talk about Vertical Video, we’re talking about the framing. Film and TV are shot in Landscape – the recognizable pillar-box form of the widescreen. And, of course, it looks great.

However: Over half of all social network users access platforms via mobile devices. In 2019, 51.7% of social users accessed their favorite networks via mobile – and that’s projected to increase to 54.2% by 2021. And the major social platforms display solely in portrait: Facebook, Instagram, Twitter, LinkedIn, Pinterest, and Snapchat.

Vertical – or square – Video looks better on social platforms. And square video (at a ratio of 1:1 to be more precise) fills the screen better on a mobile newsfeed than widescreen (16:9). Buffer, the social media management application, identified that square video created:

If you’re targeting a younger demographic, then the likelihood is that they access the internet entirely by mobile devices – be it a mobile phone or a tablet. Deny the power of square to your chagrin.

The Rise of Native Video

We can all create video and add it to our YouTube or Vimeo channels, but social media algorithms favor Video uploaded directly to the platform. It seems most logical to upload the Video once and to share it so that it embeds in a post.

But: Sharing a link rather than directly uploading your Video seriously hampers your content’s organic reach.

The Facebook algorithm is one of the most sophisticated and far-reaching of all the platforms, and it values natively uploaded Video. If you’re looking for your Video to autoplay through organic or sponsored impressions, you need to upload it directly. Linked Video won’t autoplay. The same is true for Instagram, Twitter, LinkedIn, and Snapchat, so ignore this tip at your peril.

Up 85% of Video autoplayed on social feeds is viewed without sound. This suggests two things:

Think old-school silent movies. It was visual storytelling of necessity, of course – but it cemented the moving image as a visual carrier for the story. Silent movies told a story through visual action – expressing necessary plot points that couldn’t be shown visually through simple dialogue, presented on the screen as a card. The art of optimizing Video content for Social Media Marketing, therefore, is to grab the audience with striking visual images. And quickly.

Attention spans appear to be shrinking. If a movie hasn’t captured your interest in the first ten minutes, you’re unlikely to be drawn into the action. It’s even worse for TV – you have five minutes before somebody switches over. For radio, it’s a minute. For the internet: Well, you’ve just read the subtitle. It seems that the smaller the screen, the shorter the attention span.

So, bearing in mind that over half of your audience is potentially accessing your content via a mobile phone, it’s imperative that you capture their attention quickly. Like, in three seconds. 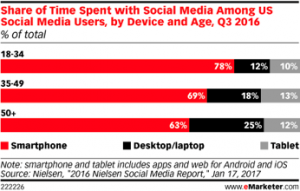 You’re trying to capture the imagination of the scroll and swipe generation (regardless of actual age). The internet is a fast-moving place, and those who snooze, lose.

Facebook discovered that 47% of the value of any Social Video Marketing campaign comes from its first three seconds. It’s 75% from the first 10 ten seconds. So, time is short. If you’re using native video, then it will autoplay (unless you set it to play manually as part of your campaign settings). And as the users scroll through their feed, three seconds is likely to be all they see. So, grab them quick.

If you look around the internet, you’ll find various thresholds for Social Video Marketing, ranging from three to twelve seconds to engage an audience. Whichever you ascribe to, your trigger window is incredibly short. If you want to optimize your Marketing Tech campaigns for Social Media Marketing, think visual, and think immediate.

At the start of your Video, avoid:

You Have Sixty Seconds to Engage

Each social platform has its own maximum duration for native clips. The maximum length of a Video on each platform is:

Regardless of allowable duration, you should err on the quick.

Consider: Are viewers likely to stick around for five minutes when there are so many other distractions on social platforms? To optimize Video content, you should aim for around sixty seconds to tell your complete story. Any more and you’re likely to experience drop-off.

Read more: It’s Not Just What You Say, It’s When You Say It – Timing is Everything When it Comes to Social Media Marketing Success

How do you tell a full story in 60 seconds?

It might seem restrictive but consider structure. Sixty seconds is a long time if your content is a rambling mess.

APP is how you engage a blog audience. But we can learn something valuable, here. With a blog, you have just the introduction to grab your audience’s attention. So you start with a statement they’re likely to agree with, promise that you have the answers, then preview the content of what they’re about to read. The acronym, APP, means

Start your Video with a short statement encompassing the APP structure. Even better: represent the APP statement visually.

The 3-Act Structure is probably the most recognizable storytelling form. You’ll see it in long-form storytelling – films, books, fairy tales, etc. But 3-Act Structure can apply to anything; even your 60-second promotional Video. In a nutshell, 3-act structure works like this:

To simplify that into 60-seconds: show us a problem, show us how you reached a solution, show us how it solved the problem. Notice we’re using the word: show. Show, not tell. Rely on visuals as much as possible.

Do some research: check out the YouTube and Instagram influencers in your field. They might not necessarily be particularly qualified or skilled in their presentation, but look at the number of followers.

Some product influencers create vlogs with reasonably high production values: the lighting, the sound, and the camera work are professional enough. But others use clunky, hard cuts; sound and vision from a smartphone; and a less than scripted delivery.

But it’s all about the numbers. And if influencers in your area of business are making professional-looking videos, then that suggests how your target audience responds to aesthetic quality. But, if the Videos are rough and ready, it suggests that that’s the path to take to optimize your Social Media Marketing engagement.

If influencer following embraces rough and ready, get out there right now; armed with a smartphone and a rough idea of what your presenter needs to talk about. If you’re looking to present your Video content with a more professional sheen, heed the following tips:

Once You’ve Created Your Video

You have your Video content, and you’re going to upload it to each social platform for optimal interaction with the algorithms. You’ve made it visual, subtitled your voiceover, and written your accompanying copy for your post.

If your Video isn’t set to autoplay, optimize your thumbnail. Make sure that it infers a Call To Action. Include text, and consider creating a specific image rather than using a single frame from your clip. Some examples: 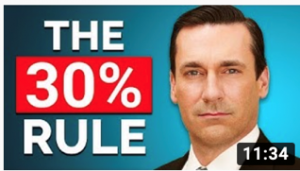 Image courtesy of Charisma On Command

The title that accompanies this thumbnail is “How To Be Confident In Any Situation”. Together, they describe what you’re going to be getting. Your title is an essential driver to engagement. So choose it wisely.

This thumbnail is crisp, well-framed according to the rule of thirds, and simple. Very eye-catching. 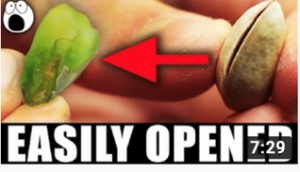 Image courtesy of BE AMAZED 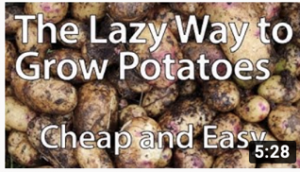 How to Optimize Video for Social Media Marketing

Social media is a great place for Video Marketing content. But you can optimize your investment by:

Remember, you don’t have to be film-makers. If you struggle with execution, there’s plenty of Video production companies that can help. Good luck!

Read more: How Brands Can Connect with Gen Z through Social Media Marketing

The post How to Optimize Video for Social Media Marketing appeared first on MarTechSeries.